Aside from producing spectacular results on a daily basis at Alltraders, staff members Cohen Gum, Michael Garratt & Ben Zhang also managed to take home gold in the Wayville basketball finals Tuesday night. We can ignore the fact that it was E grade basketball with only the bottom 3 teams playing off for free pizza and an amazing glass cup. This is in no way a good representation of the first class skills that were put on display. After a shabby season, once again The Sinking Drinkers became pressure conquering, cold stone killers during finals. Demoralising their competition at both ends of the court, tripling their score and remaining completely professional as their opponents spiralled into dissent. The team managed to secure their second shiny cup in 2 successive seasons. Nice work guys. 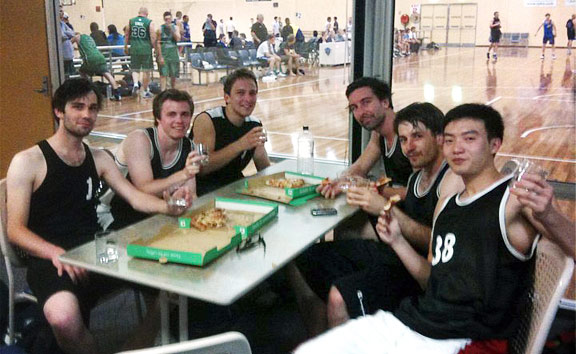